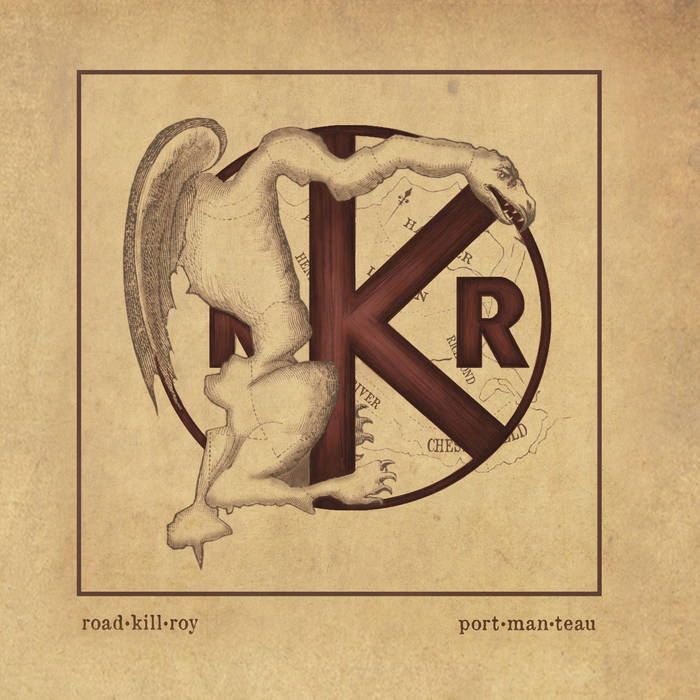 On November 10, roadkillroy will release their second full-length album, portmanteau.

The album’s title is a nod to both the band’s name (itself a portmanteau) and to the episodic timetable for recording the album. Tracking started with “Dissipate” and “Wonders” in 2013 at Detached Sound, the studio located in the backyard of portmanteau engineer and producer Pedro Aida. After Aida moved to the Lakeside neighborhood of Richmond and established his current Audio Verite RVA facility, three subsequent sessions yielded three songs each, with the last session wrapping up in early 2017. Mixing by Aida followed, with Andreas Magnusson mastering.

portmanteau represents a step forward for the band, with tighter production allowing the group’s pop-tinged Americana to shine brighter than ever, and with Kevin Wade Inge of Horsehead adding a complementary twang via his steady pedal steel work. Songwriting duties are shared from track to track between lead singer Mike Raybould, guitarist and vocalist Davy Jones, and keys player Mark Langhorst, with one exception: the album’s lead single “Long Night,” which is the band’s take on a tune that Raybould, Langhorst, and drummer Corey Muldoon played many times in a past musical life with the song’s writer, Chris Angeles.

Bandcamp Daily  your guide to the world of Bandcamp